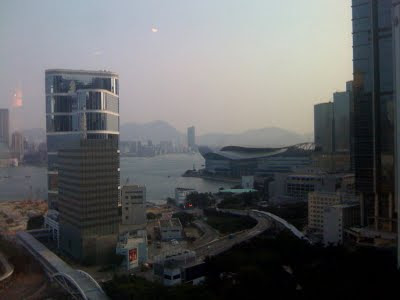 It is difficult to understand because the Central Government has already decided in 2007 that there should be universal suffrage in the election of our Chief Executive in 2017 and our legislature in 2020. So why are we still divided? We are still divided because there is deep seeded distrust between those in power and those who are powerless. It is not at all easy to trace to the source of the distrust but the failed democracy movement in Beijing in 1989 is a good start. The Central Government felt, and unfortunately still feels, that those craving democracy in Hong Kong have desires to overthrow the government or dismantle the communist system; and that therefore the best way to deal with those who cried out for democracy is to sideline them, to refuse to engage them; that the safest way to maintain stability in Hong Kong is to preserve the status quo.

But a lack of dialogue is the surest recipe for distrust and misunderstanding. A lack of dialogue is a guarantee for keeping two people apart; always back to back, never face to face. So when the Central Government laid down a timetable for the introduction of universal suffrage but at the same breath maintained functional constituencies are here to stay, the people of Hong Kong interpreted that as a disingenuous attempt to stave off the development of democracy in Hong Kong. And so the distrust deepens even further. It is like a never ending vicious spiral, forever keeping Hong Kong divided, ensuring the two sides drifting further and further apart.

And the situation will only get worse. For distrust breeds contempt; and contempt breeds rebellion. This is a road which will only lead to instability and discord, when we should be striving for unity and prosperity.

Hong Kong is at a cross road. Many of us are running out of patience. Others are getting angry. The rise of the League of Social Democrats with their aggressive challenge to the constitutional order is a clear warning. More are joining their ranks every day. And the chances of reaching a consensus over the pace of democracy have never looked so dismal. We are fast approaching a point of no return and the future of democracy in Hong Kong has never looked so bleak.

We must make a last effort. We owe it not just to ourselves but also to our children to find a way out of this morass. But we cannot do it alone. It takes two to tango. There are at least two sides to any agreement. What is needed is a determination to break the stalemate from both sides. What is needed is an appreciation that we are working towards a common goal. It is not too late to start a dialogue; but time is running out. The Chief Executive is poised to release his proposal for political reform for 2012 latest by the first quarter of next year. Early signs suggest the proposal will not lead to an internationally acceptable model for universal suffrage. We are rushing towards a repeat of the disastrous failure of political reform in 2005. This is a result of the mutual distrust between Hong Kong and Beijing. Distrust we must find ways to eliminate.

It is time to cast aside pride and prejudice and hope reason and common sense will prevail.
Posted by Ronny Tong at 8:31 AM

Hi there it's me, I am also visiting this site on a regular basis, this site is truly fastidious and the people are in fact sharing good thoughts.

Also visit my website :: how much should i weigh calculator