Posted by Ronny Tong at 5:55 PM 6 comments: Links to this post 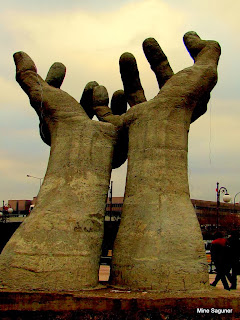 Posted by Ronny Tong at 5:54 PM No comments: Links to this post 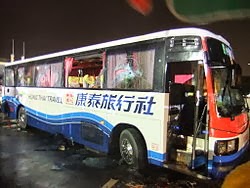 Posted by Ronny Tong at 8:16 AM No comments: Links to this post

A Devil’s Pact or A Necessary Understanding? (Letter to Hong Kong 13-9-13) 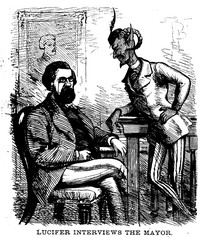 Tom Clancy, the internationally renowned spy thriller writer died lastweek at the age of 66.  In one of his books, he said this through themouth of one of his characters, “The main requirement to enter the politicalprofession was nothing more or less than the ability to be pleasant to peoplewhom you despised, and then to do business with them as if they were bosomfriends.”

While I can never claimto be able to master such an art, the philosophy behind this graphic quote isclear: in politics, you must not let your personal likes and dislikes come intoplay.  But it seems some of the PanDemocrats are doing exactly that.  Manydislike the Basic Law, especially Article 45, where it stipulates that beforethe Chief Executive of the Hong Kong SAR could be universally elected, thereshall be a Nomination Committee in charge of nomination of candidates for thepost of Chief Executive.  Still moredislike the decision of the Standing Committee of the National People’sCongress where it “offered” its “opinion” that the make –up of such NominationCommittee “may refer to” the make-up of the current Election Committee.

The current ElectionCommittee, of course, is a small circle committee, where a Pan Democrat justfinds it hard to barge in.  If one simplychanges the name of the small circle committee and call it a NominationCommittee, what hope does a Pan Democrat have in getting the necessarynomination to run for Chief Executive? So let’s rewrite the rules of nomination and let the common peoplenominate a candidate.  In a perfectworld, this is of course the ideal thing to do; and any one with true Democracyat heart can never deny this is perhaps the only right thing to do.  But this is not a perfect world.

You may ask, but is civil nomination the only way out?  Few Democrats dare say no.  The entire focus and all the deployableresources of the Pan Democrats have been put on the issue of civil nominationever since the topic of universal suffrage has re-emerged from last year’sLegCo election.  Any suggestion for analternative model would be viewed as “betraying” the Democratic Movement, or aDevils’ Pact.  So even though manymoderates are seriously worrying that the entire Political Reform may bederailed on the single issue of civil nomination, few dare to speak out.

But Devil’s Pact aside, is there any real alternative?  I think there is.  The reason why civil nomination was raised inthe first place is the immense distrust of the Election Committee.  For many years, “election” of the ChiefExecutive, especially the rise of C. Y. Leung, was put down as the result of a“small circle election” in the form of the Election Committee.  A small circle nomination of a candidate for ChiefExecutive is even worse because it deceives the people into thinking there isgenuine democracy when in truth there is not. 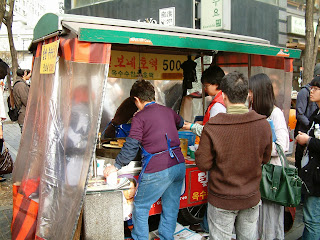 當然，社會爭取訂立貧窮線已有十多年之久，今天終於爭取得到實是令人欣慰的。林鄭月娥聲稱政府扶貧政策目標並不只限於貧窮線下之家庭，也是比較令人安心之說法。但正如特首所言，貧窮線是扶貧政策之重要指標之一，劃得太低是漠視貧窮線以上的窮人所面對的經濟困難。他們可能覺得自己並非貧窮，但他們面對之經濟困境是現實的一部分，甚麼角度來看也改變不了。他們同樣需要社會流動力，以助他們改善生活質素。我是過來人，我深深感受到社會流動力之重要性。與其為貧窮線作不現實之爭拗，為何我們的焦點不放在如何改善社會流動力？這不是更切合實際嗎？
Posted by Ronny Tong at 5:36 PM No comments: Links to this post 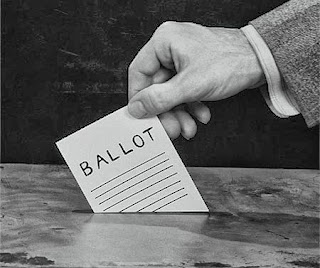 明顯地，公民提名所面對之困難並非憲制上或法律上之問題，而是政治上是否可行之問題。當然，若北京願意接受，這可以說是一個最理想不過 之提名程序。但香港人如何，及能否說服北京？我們應否將所有寶貴的時間耗於唯一一個令雙方立場拉遠的政治爭拗，還是把最少一部分政改討論放回如何在《基本 法》下組成一個有廣泛代表性又符合民主原則之提名委員會？這是一個嚴肅的政治判斷；也是任何一位從政者所須面對之嚴峻考驗，更不是一個容易的抉擇。以特區民主命懸一綫來形容現今之形勢，可說一點也不誇張！
Posted by Ronny Tong at 11:52 AM No comments: Links to this post