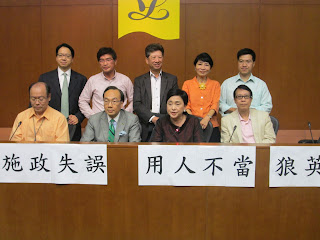 Posted by Ronny Tong at 9:21 AM 2 comments: Links to this post 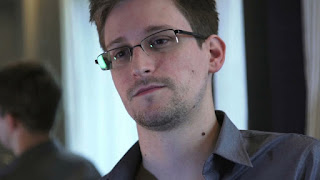 Are We losing the War on Corruption?
After nearly 40 years, are we losing the war on corruption? Or is it just a case of those who live by the sword, die by the sword? Whichever way you look at it, it is a sad development for those who care deeply for Hong Kong. Some have strange things to say. They said since the ICAC Commissioner Timothy Tong fiasco shakes at the very foundation of the credibility of one of the best institutions in Hong Kong, we should not openly attack the ICAC too readily and make matters worse.

But that is precisely the point. It is by no means an exaggeration to say ICAC, and the clean and frugal government culture associated with it, is one of the bedrock of our success and the pride of this society. We cannot afford to watch it go down the slippery road of self-destruction in the eyes of the public. We need to take a critical look at what has happened and try to stop the bleeding as soon as possible. That is why as soon the story broke out, I, together with my colleagues in the Pan Democrats’ camp, called for an immediate independent commission to be set up to start a full inquiry, much along the line of the recent Lamma Island Disaster Inquiry, on the matter.

Inexplicably, the Chief Executive took a different view. He looks at the matter as a mere incident of indiscretion; or simply a case of non-compliance of the internal rules of approval within ICAC relating to entertainment expenditure. In other words, it is only a small matter: let’s not get too excited over it. Those in defense of the Government also banded together to stop a full inquiry within LegCo under the Legislative Council (Powers and Privileges) Ordinance. They seem to forget, our ICAC represents an important core value and that core value is in danger of being corrupted.

I am not just talking about corruption in the criminal sense; but also corruption in the social value or societal culture sense. A clean and frugal government does not simply mean there is no corruption in the criminal sense; but public money should be spent for the good of society and not unnecessarily or extravagantly. Still less for self gratification or self interest. Take the case of Timothy Tong entertaining officials of the Central Liaison Office or mainland officials by throwing lavish dinner parties. While it is not a criminal offence under the Prevention of Bribery Ordinance for such conduct in that such mainland officials are not government officials or officials of public corporations within the ambit of the ordinance, such conduct certainly is an affront to the concept of clean and frugal government. There is no counterpart on the mainland equivalent to our ICAC. If anything, the people of Hong Kong expect our ICAC officials to influence mainland officials to cultivate a culture of clean and frugal government and not succumb to their extravagant way.

There are other worries. Somehow we have developed a practice for retiring officials to become people's representatives of the Chinese Congress, or in the case of Mr Tong, a member of the Chinese People's Political Consultative Conference. Such "high" positions are being seen as rewards for our retiring officials and the perception is their conduct towards Mainland officials during their term of office are trade-offs for such positions after retirement. This is corruption in the wider sense and every bit contrary to our cherished core values as in the case of criminal corruption.

Is this an isolated incident or a widespread corrupt culture? I don't know. But there are reports of under reporting to LegCo which merit serious investigation. Not just because it is a criminal offence for anyone to mislead LegCo, but because this may well represent an intent to protect Mr Tong or other members of the Commission. All these culminated to an urgent need to undertake a full and in depth investigation, not just in the case of ICAC, but also other departments and bureaus of our government as to whether there is lurking underneath the surface a corrupt culture of misusing public funds to further private interests of high ranking officials.

This is a serious issue. One that is not only a serious challenge to our very core values but the very fabric of our society. If we don't act now, it may be too late for us to turn back the tide later. I only hope our Chief Executive is reading correctly the writing on the wall!
Posted by Ronny Tong at 9:17 AM 4 comments: Links to this post

Posted by Ronny Tong at 8:32 AM No comments: Links to this post 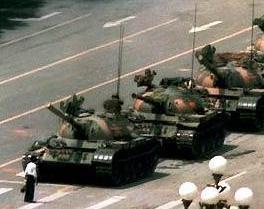 Posted by Ronny Tong at 2:20 PM 3 comments: Links to this post