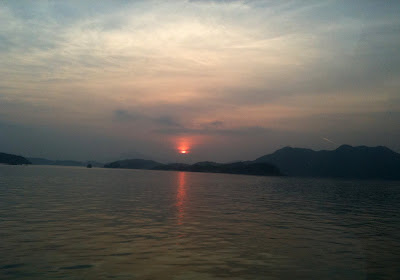 President Roosevelt once said, “We can gain no lasting peace if we approach it with suspicion and mistrust or with fear.” Unfortunately, this is precisely the biggest challenge facing not just the Pan Democrats in Hong Kong, but also the SAR Government and the Central Government. For a brief moment in time, we seemed to have reached some sort of mutual trust over the development of political reform in Hong Kong after the passage of the reform package in June this year. But that fleeting moment seemed to come to pass all too quickly. Last Saturday, the SAR Government unveiled the blue print of the local legislation giving effect to the reform package; but, alas, the details just contained far too many devils to the likes of not only the Pan Democrats but most people in Hong Kong!

When one examines the details of the local legislation proposed, one cannot avoid but get the distinct impression that the Government is trying its utmost to not only preserve, but enlarge the political advantage of the pro-government forces. From the way no changes are proposed to enlarge the electorate base of the Legislative Council and the Election Committee, to the way in which members of the latter are to be returned by district counselors, to allowing the 10 additional LegCo seats in the Election Committee to be filled by Village representatives, CPPCC and District Council members, to refusing to increase Government funding to assist candidates of the newly created 5 seats to be filled by district counselors, one can see Democracy is getting the short end of the stick.

Opponents of the reform package are all too quick to condemn those who supported the package as “having been rightly cheated” by the Government and deserved to be vilified by the people of Hong Kong. This is not fair. We have asked for many things during the negotiation for a better reform package. For example, I for one, have tried my best to seek the abolition of the split voting system; but in the end, it seemed realistically, we could only seek one thing in return and a decision was made, rightly or wrongly, to concentrate on the one man two votes proposal. It was not until the last few days that there was any indication the package would be accepted by the Central Government. There was simply no time to argue over smaller details. In any event, after such a hard fought agreement, it would be wrong to abandon it on the basis of unknown details in the local legislation which is, after all, wholly within the sphere of responsibilities of the SAR Government. This is a matter of political judgment and those in support of the package will have to bear the consequences thereof.

But this is not to say the SAR Government is right in its approach to propose the local legislation in the way it did. In one stroke, the SAR Government is threatening to demolish completely what little hard earned mutual trust we had built up in the negotiation for the reform package. Trust is a fragile thing. It is also a two way street. By doing its utmost to preserve and even enlarge the political advantage of the pro-government factions, it is sending out a wrong signal to all: those in power will continue to refuse to adopt a fair and inclusive attitude in the run-up to full and genuine democracy. Worse still, it puts a big question mark in the minds of the people in Hong Kong as to the sincerity, if any, of the government.

Can the government be more fair and inclusive in reforming our political system? Of course it can! Indeed, some may say this is the essential responsibility of any government. Under the present system, the imbalance is so great that any relaxation of the degree of participation by democrats will not lead to an overhaul of the present election system. So the question is: is the government afraid of or repugnant to a fairer political system in Hong Kong? If the promise of universal suffrage in 2017 and 2020 is genuine, should we not concentrate on building on the small foundation of mutual trust achieved in the summer and not bent on achieving or retaining a political advantage of the pro-government factions in the short term?

As Doctor Frank Crane, the famous clergyman, once said, “You may be deceived if you trust too much, but you will live in torment if you do not trust enough.” The democrats have perhaps learned the wisdom of this meaningful message the hard way; but worse still, it seems the SAR Government has not even grasped the true value of mutual trust in pushing Hong Kong towards real democracy. The result is, true democracy remains as illusory as it always was. One just hope this is but a momentary lapse and a more trustful government will emerge in the days to come.
Posted by Ronny Tong at 10:44 PM

What i do not realize is in reality how you're no longer actually much more well-preferred than you might be now. You're so intelligent.
You already know therefore significantly on the
subject of this subject, made me in my view consider it from numerous various angles.

Its like women and men are not involved except it is something to do with Woman gaga!
Your own stuffs nice. At all times handle it up!