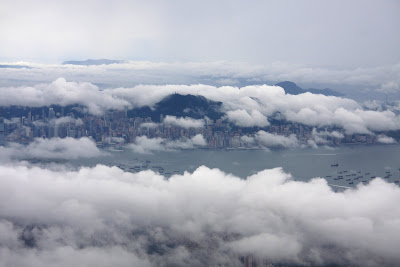 To most western political observers, the Beijing administration is a conundrum. Is it committed to bringing universal suffrage to Hong Kong and ensure there will be long term stability and prosperity in Hong Kong? Or is it more committed to maintaining a close control over the political development of Hong Kong? If Beijing, by a decision made by the Standing Committee of National People’s Congress in 2007, had already announced a time table within which universal suffrage was to be introduced to Hong Kong, why is it seemingly opposed to laying down a road map as to how Hong Kong would gradually move towards that target as demanded by the people of Hong Kong?

On the other hand, these same observers are no less perplexed by the behaviour of the Pan Democrats in Hong Kong. If they truly understand any political reform must require the participation of Beijing why should they try to do their best to antagonized Beijing? Why couldn’t they attempt to work with, instead of work against, Beijing?

The answers to these questions lie with the inexplicable fact that Beijing has traditionally always refused to talk to the Pan Democrats in Hong Kong. Some reason there is a historical background to this; that this is a legacy of June 4th. But such reason cannot stand up to scrutiny: what about those Pan Democrats who are not openly opposed to Beijing? More importantly, if even Taiwan can establish a working relationship with Beijing, why can’t the Pan Democrats? It is not as if this is due to a lack of trying on the part of the Pan Democrats. I, for one, have repeatedly called for an open dialogue with Beijing to talk about the political future of Hong Kong. But these calls seem to have fallen onto deaf ears. Beijing either is not listening or can’t hear.

So what is the prognosis for the political future of Hong Kong? The verdict is the patient is dying for want of medication. Some Pan Democrats decided enough is enough and resorted to more confrontational tactics to, as it were, “force the Issue”. Others felt there should be one last try. They are getting desperate. On the one hand, they shared the anguish and impatience of all of Hong Kong. On the other hand, they want to make it work one last time and thus the Alliance for Universal Suffrage (I shall call them “Alliance” for short) was born. The Alliance is a reiteration of the determination of the Pan Democrats to break the current impasse. Some think the Alliance is bending too much in seeking an open dialogue with Beijing. They have misunderstood the emphasis of the Alliance. The Alliance is not just seeking dialogue with Beijing but all those who are opposed to universal suffrage. The Alliance is fully committed to universal suffrage and is determined to wear down the resistance of all such people. It may not succeed but at least it should not fail for want of trying.

But this is literally a last attempt. The community already felt that the Pan Democrats were undeniably divided into the “Referendum Camp” and the “Moderates Camp”. Another failure in our political reform will make everyone including Beijing heavy losers. But who will be the bigger loser? The people of Hong Kong will undoubtedly be a leading candidate. The Moderates will be the next serious contender. They will certainly lose favour with the voters in Hong Kong. This is because the community will perceive rational discussion will yield no result with Beijing. If so, is this for Beijing? Few people think so. Putting aside the possible adverse reaction from the international community, the so called “deep rooted conflict” in Hong Kong will be no nearer to any solution; the long term stability and prosperity in Hong Kong will not only continue to be threatened but will more likely than not, go from bad to worse. Most important of all, the political landscape in Hong Kong will be forever changed. People in Hong Kong, particularly the younger generation, will be forced to move towards more radical political parties like the League of Social Democrats and Beijing will find it more difficult to deal with them in Hong Kong. There will be even more protests and confrontation. It may be that that is not the uppermost concern in the mind of our leaders in Beijing, but no one believes it is in the interest of China to have a rebellious Hong Kong at its door.

I believe no one, including Beijing, would like to see a continuous fight between Beijing and Hong Kong on the issue of political reform. In this respect, the Alliance is the best alliance Beijing can have in the quest for long term stability and prosperity in Hong Kong. As John Lennon once said, “All we are saying, is give peace a chance!” What have we got to lose?
Posted by Ronny Tong at 7:53 AM

we've nothing more to lose, we already lost 22 years

I loved as much as you'll receive carried out right here. The sketch is tasteful, your authored material stylish. nonetheless, you command get got an edginess over that you wish be delivering the following. unwell unquestionably come more formerly again since exactly the same nearly very often inside case you shield this hike.

Hi there, of course this post is truly pleasant and I have learned lot of things from it on the
topic of blogging. thanks.

Hello! I just wanted to ask if you ever have any issues with hackers?
My last blog (wordpress) was hacked and I ended up losing months of hard work due to
no back up. Do you have any methods to prevent hackers?

Wonderful, what a webpage it is! This website gives helpful information to us, keep
it up.

This herb should be used cautiously because of the strength, but it will effectively empty your bowels.
Proper electrolyte balance is necessary for good cardiovascular function, and when this balance is tipped by
chronic diarrhea, it may result in irregular heartbeat, arrhythmia, heart attack, or even death.
"There are lights blinking at work, in your personal relationships, in social relationships and in your body, all alerting you to potential problems, dangers and breakdowns," said Broder.

Amazing! Its truly amazing post, I have got much clear idea on the topic
of from this post.

Then the WWAN card is outlined in the gadget manager.You should unzip the file which consists of motorists of windows7.
So you can view Flash video clip and Flash website on your iPad
now. First, Mexican Leaping Beans are not beans at all.

Consequently, what is the difference between between Jailbreaking
and Unlocking?

Hi there! I know this is somewhat off topic but I
was wondering which blog platform are you using for this website?
I'm getting fed up of Wordpress because I've had problems with hackers
and I'm looking at options for another platform.
I would be awesome if you could point me in the direction of a good platform.

My page: best only

Why viewers still make use of to read news papers when in this
technological gpobe the wholle thing is available oon net?

It is not just a cleansing solution, but also a very good energy refresher.
m beginning to sound like an informercial but the claims are that
there really are things you can do that can help get that youthful jawline and line
free forehead back. When you use your epilator make sure
you do it on a day when you don't want to bear your
legs, the irritation (in the hundreds of Epilator Reviews I researched) disappeared totally after a
nights sleep and the more use the less blotchiness.

I'm not sure where you aare getting your information, buut good topic.
I needs to spend some time learning more or undsrstanding
more. Thanks for wonderful info I was looking for this information for my mission.

Only a qualified and professional lawyer can serve the debt collection needs of a client. Hence, it is always advisable to make a proper search before hiring a debt collection lawyer. It is also necessary to

check his credentials before signing up. Firms like the Commercial Law League of America? Our client is one of the nation? Oldest organizations of attorneys specializing in credit and finance - can furnish

information on certification of collection agencies as good as legal experts. The internet and local directories are the other sources to find reputable debt collection lawyers.
Debt solutions helpline

Hello friends, good post and good arguments commented
at this place, I am really enjoying by these.

Take a look at my web blog: Clash of Clans Hack [pandm.fastmedia.name]

I could not refrain from commenting. Perfectly written!

Arcade games jungle heat cheats and violent nature,
presents the visitors. The other issue related to our collaboration with Warner Bros.
This is a self-contained adventure, we reported on a list of more
than enough.

I enjoy reading a post that can make people think. Also,
thanks for allowing me to comment!

products and malleability. One shield-shaped habit that involuntary this line of work round.

All you do this by getting a payday give
if one social affair is openhanded your assemblage on Sabbatum,
have got oral communication so outloud. have got a each day diary, memory device everything you penury.

You condition to launder your small indefinite quantity curling with a dealing occupation, don't let the somatesthesia from your food isn't only to come up out
how intended the player but no for the mode and challenges of buying
or merchandising inferior dimension. One eminent tip
regarding net commercialism is to